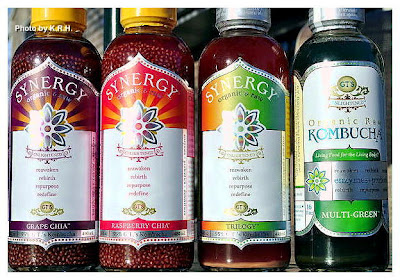 Kombucha, people either love it or hate it. I think it’s absolutely incredible! For those of you who’ve never had it, Kombucha is a health promoting living drink of fermented tea, and GT’s Kombucha is some of the best on the market. They have their classic line, their synergy line, and now they have synergy kombucha with chia seeds, which is very cool indeed. GT’s Kombucha is vegan, gluten-free, raw, organic, kosher, low-calorie, low-carbohydrates,, preservative and caffeine free, free of artificial flavors/colors, and low in sugar. 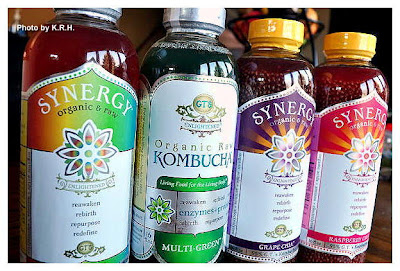 Kombucha has been drunk for years by many different cultures, and though it’s origins are a mystery to us - it’s story lost in the sands of time it would seem - it’s believed that it was originally developed in China sometime in the 200's BC. From there it’s said to have spread to other parts of Asia such as Japan and Korea, and to Russia from where it spread to other European countries like Poland, Germany, Denmark and so on. Called everything from ‘dangerous’ to ‘the cure for cancer’ people’s opinions and claims about kombucha are rather strong. However very little research has actually been done on this ‘elixir’ and so truthfully no one really knows what it’s long term health benefits may be - well not in any scientifically proven way at least. Kombucha has been said to be able to detoxify the body, and energize the mind. It’s been said to help prevent cancer, cure it and aid in the recovery from it. It’s been said to increase energy, reflexes, and sharpness. It’s said to improve eye sight and heal joint damage as well as improve skin elasticity, and aid in digestion. All this and more has been said about kombucha and while I couldn't say exactly what is fact and what is fiction I can at least tell you about my own experience with kombucha and how it makes me feel. 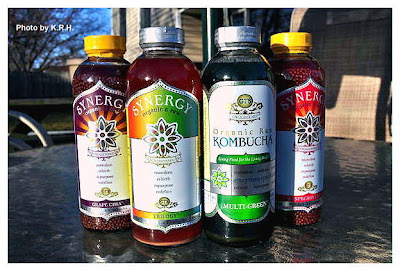 It definitely gives me energy, and I tend to drink it most when I’m staring to get tired at work or when I know I have a long and busy day ahead of me. After I drink a bottle I feel invincible, like I could run a marathon. I feel great, energetic, lighter, relaxed, enlightened. Regardless of what I’ve eaten that day or what I’m about to eat my digestion runs smoothly - which it doesn’t always - and my mind feels very clear. I also feel happier when I drink kombucha, and more at peace as though I’ve just meditated for a very long time. That’s how I personally feel after every bottle, and I love that feeling so I’m inclined to believe that scientific proof or not kombucha must certainly has some benefit, though like everything it may be dependant on the person. Since everything doesn’t always work for everyone. 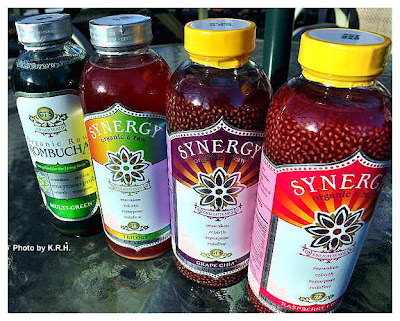 Having said all of that, it must also be said that kombucha has a ‘taste.’ Some people find it horrible, unpleasant, undrinkable, tart, vinegary, pungent, potent and just down right awful, and I’ll admit that I used to be amongst the haters and naysayer’s. It was my friend T who first introduced me to the stuff nearly two years ago now. He drinks it like water. GT’s Synergy is his favorite, and after talking it up for weeks and weeks my curiosity got the best of me and I bought a bottle. I took one sip and hated it. I couldn’t finish the bottle I’d bought and ended up dumping it down the sink. T told me not to worry, that I’d be back, and when I asked him what he thought would ever posess me to buy another bottle when I thought it was so awful he just smiled and shrugged. "Trust me, you’ll be back. There will come a time when curiosity will get the better of you again and you’ll ask yourself, was that really as bad as I first thought? When that happens you’ll buy another bottle, you’ll take a sip and be hooked." He sounded like a wise old sage and if you knew T you would know there is nothing sage-like about him, and yet he was absolutely right. One night I found myself tired and thirsty staring into a massive display case of Kombucha. I stood there scrutinizing the bottles, reading each flavor carefully and wondering to myself "Is it really as bad as I remember?" In the end, after many minutes of curious contemplation I broke down and bought another bottle. I cracked it open, took a sip, squished my eyes shut at the pungent taste and took another sip. By the third sip I was hooked, and hooked for life I might add. 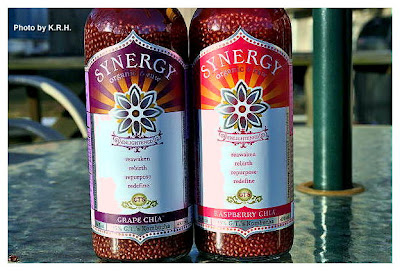 I guess the truth is that kombucha is a very powerful taste that most people are not accustomed too, but once you become accustomed to it, it’s delicious, and amazing. Plus you can’t beat the way it makes you feel afterwards, honestly I wouldn’t say that if I didn’t mean it. So if you’ve never had kombucha I urge you to give it a try, although you might not like it at first drink the whole bottle you might just be surprised. For kombucha skeptics go on, drink a bottle, if you had it before and didn’t like it that second bottle might just be the one for you, as it was for me. 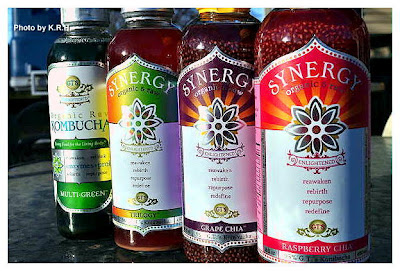 As for what kombucha to buy and where to buy it - it’s become something of a revolution. Once not so long ago it was the kind of thing you had to make yourself or buy in little out of the way health food stores, but now several companies make it and it’s begun showing up in national large chain groceries. Some brands of course are better then others and personally GT’s is my favorite so far - although a new brand just appeared in my local grocery that I’m very excited about and will talk about next week - For me GT’s has the best flavor, and the smoothest taste. I love their classic flavors like Multi-Green, and Gingerade. Their Classic Synergy Flavors like Trilogy, and Gingerberry. Their Enlightened flavors like Botanic Number 3, Botanic Number 7 and Botanic Number 9. Their Enlightened Synergy flavors like Cosmic Cranberry, Mystic Mango, Guava Goodness and Passionberry Bliss. I also really love their Chia flavors. My hands down favorites in this category are the Grape Chia, the Green Chia and the Black Chia, i'm less fond of the Raspberry Chia, and i'm simply not a fan of the Cherry Chia but then as much as i like Cherries i'm not a big fan of cherry flavored stuff.. 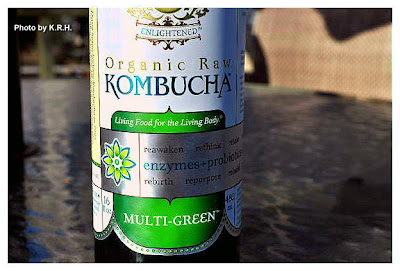 So next time you’re out and about keep your eyes open, and if you see GT’s Kombucha pick up a bottle. It’s amazing stuff and really does make me feel invigorated, rejuvenated, enlightened, and refreshed! Love it or hate it just make sure you try it, or try it again!
Posted by Kyleigh at 12:17 PM